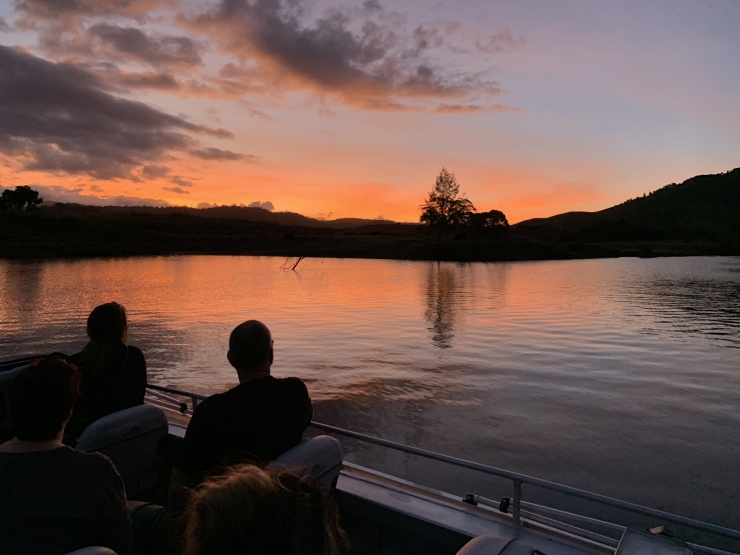 Late afternoon cruises, provided after the heat of the day in the last hours before sunset, are a wonderful exploration of the river in the lovely late afternoon light. These cruises give an opportunity to see the incredible scenery of the river and its wildlife as they forage before the fall of the day. With a little bit of luck lovely sunset colours will be observed as well as crocodiles, snakes, butterflies and birds such as kingfishers, herons, and frogmouth.

Tours are professionally conducted in a small, comfortable, open vessel which enables a quiet, intimate exploration of the river with close views of target birds and wildlife. Cruises explore the narrow, shallow tributaries of the Daintree River, where the big boats can’t go.

Papuan Frogmouth are a little more likely during the second half of the year, typically nesting about October. To see what has been seen on recent cruises click on the eBird link.