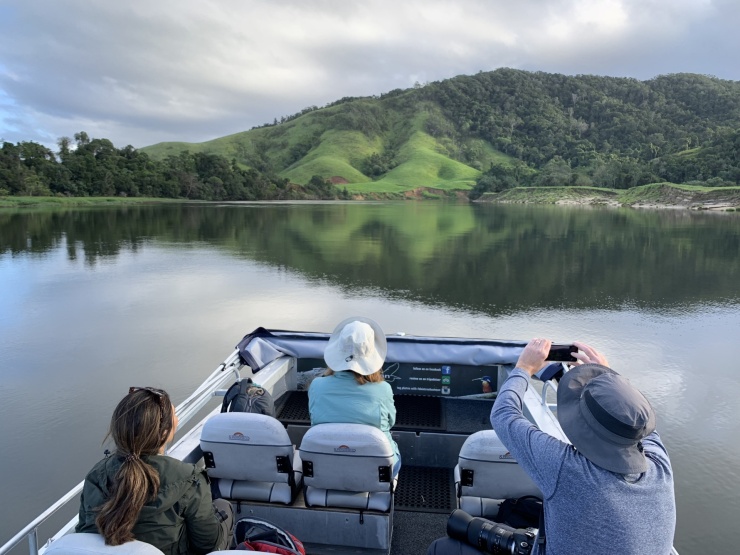 You will have the opportunity to see a wide variety of species including the Little Kingfisher, Papuan Frogmouth, Black Bittern, Great-billed Heron, Saltwater Crocodile, Green Tree Snake, Water Dragon and butterflies.

Our are professionally conducted in a small, comfortable, open vessel which enables a quiet, intimate exploration of the river with close views of target birds and wildlife. Cruises explore the narrow, shallow tributaries of the Daintree River, where the big boats can’t go."

Papuan Frogmouth are a little more likely during the second half of the year, typically nesting about October. To see what has been seen on recent cruises click on the eBird link.

Where can we have breakfast?
The Daintree Village Hotel, just 100 metres from the boat ramp is open for breakfast and coffee immediately after the cruise. Rob’s Pie Shop also provides a good variety of pies and other meals.